On 1 October the Austrian Constitutional Court celebrated the 30th Constitution Day and was honored by the presence of Federal Chancellor and Federal President. 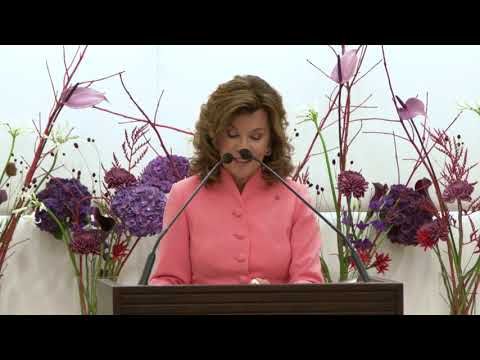 Vice-President Christoph Grabenwarter: “The Constitution provides a secure foundation in times of crisis”

In his opening address, Christoph Grabenwarter, Vice-President of the Constitutional Court, emphasized that over the past 30 years Constitution Day had “become established as an important event in Austria, asserting the country’s commitment to a democratic republic and the rule of law”. “Next year, we are going to celebrate the 100th anniversary of the adoption of the Constitution. This year already, a number of ‘minor constitutional jubilees’ are being celebrated to commemorate events that were of importance for the destiny of our country,” said the Vice-President, referring to the Treaty of St. Germain signed 100 years ago, the introduction of women’s suffrage, the adoption of the amendment to the Constitution 90 years ago in December 1929, and Austria’s accession to the European Union 25 years ago.

Taking up a term recently used by the Federal President, Grabenwarter noted that the elegance of the Constitution is due to the absence of exaggerated pathos. Its core provisions on the organization of the State constitute a clear set of rules, unburdened by too many details. In daily practice, this elegant Constitution is a “sturdy framework for the separation of powers, effectively contains the power of the state and guarantees the freedom of the individual. In other words, it is a compendium of norms which, if applied with intelligence, provides guidance and orientation in times of crisis”, the Vice-President of the Court emphasized.

With Brigitte Bierlein and Clemens Jabloner as its top representatives, Grabenwarter continued, the federal government benefits from the experience of former supreme court presidents. “The Federal President and the National Council have every reason to entrust them with such important positions. Particularly in politically difficult times, the appointment of supreme court presidents to top government functions not only testifies to the individuals’ excellent reputation, but also reflects the State’s trust in the judiciary, which ultimately strengthens the rule of law”, he said. Referring to developments in Poland and other countries of Europe, the Vice-President noted that “our contribution, as a constitutional court, is to perform our duties to the best of our abilities, day after day, and, in doing so, be as transparent as the law permits”.

Federal Chancellor Brigitte Bierlein: “The Constitution is the basis of a stable democracy”

In her address, Federal Chancellor Brigitte Bierlein stated that for her, Constitution Day was an opportunity “to come back home to an institution which I had the privilege to serve for over 16 years and which has been and always will be dear to me”. For her, the elaboration of the Constitution of 1920 is an excellent example of how societal and political conflicts can be resolved: “A remarkable achievement by Hans Kelsen as well as Karl Renner, Michael Mayr, Adolf Merkl and Ludwig Adamovich senior. The clarity of its wording and its well-considered limitation to institutional and procedural issues ensure, as proven in the current situation, a sound conduct of the affairs of the State and stable leadership of the community even in times of political turmoil and under unforeseen conditions,” emphasized the Chancellor.

Two days after the parliamentary elections, it was important, Chancellor Bierlein said, to recall that “all our efforts must be aimed at building confidence, being open to dialogue and compromise, making good use of the possibilities offered by our Constitution and bringing it to life”. According to Bierlein, the Austrian Constitution provides the “basis for our stable democracy, a regulatory framework under the rule of law, and the guarantee of fundamental and human rights”. “In its 100th year,” she noted, “our Constitution proved its merits to an extent seldom matched in the past.” In a call for vigilance, the Federal Chancellor declared that “it is up to us to carefully protect this foundation of our society, fragile as it may ultimately be, to develop it further and never tire in defending it. This task is to be taken up by all of us and, in particular, by the young generation, whose commitment makes me optimistic”.

Federal President Van der Bellen: “For me, the Constitution was like a map”

Federal President Alexander Van der Bellen reminded the festive gathering of the assumption of the government’s business by Brigitte Bierlein, former President of the Constitutional Court, and, speaking at the Chancellor’s former place of work, thanked her for the excellent way she was performing her duties. At the height of the government crisis, he related, he had been aware of the fact that in terms of constitutional law, the Second Republic had never experienced a phase as dramatic as those 17 days in May and June. “For me, the Constitution was like a map showing the way toward a solution of the government crisis,” the Federal President noted. To this very day, he said, he continued to be impressed with how “the fathers of the Constitution must have thought through and conceived solutions for the most varied problems with which the republic and the federal president could ever be confronted”. This is what has made him refer, in May and June of this year, “in somewhat poetic terms, to the elegance and beauty of the Constitution, which I still regard as a most fitting description”.

Director General Rachinger: “The National Library as a mirror of Austrian history”

In her keynote lecture entitled “In Search of an Austrian identity – The Austrian National Library as a Mirror of Austrian History“, Johanna Rachinger, Director General of the Austrian National Library, noted that 1920 was a momentous year in the history of the Austrian National Library. It was the year in which the Imperial Court Library was renamed the ‘National Library’ of the newly established First Republic. Last year, the National Library celebrated its 650th anniversary. It ranks among the oldest Austrian cultural institutions still in existence today. “It represents the cultural continuity of this country in the course of its major and minor political upheavals and transformations; throughout its long history, it has always been closely interlinked with the eventful political history of this country,” said Johanna Rachinger. Regardless of some drastic changes in its self-perception, the library has “preserved its unmistakable identity as a unique collection of outstanding documents”, the Director General noted. “Our objective at the Austrian National Library is to preserve the knowledge of the past and collect that of the present in all its current manifestations, including online publications, inspired by the conviction that the living confrontation with our history, with our own roots, is a persistent challenge for any society”.

Rachinger emphasized the importance of communicating to young people two messages that go beyond differences in political affiliation. “On the one hand, the unconditional confidence in a democratic state under the rule of law guaranteed by our Constitution; on the other hand, a fundamental spirit of optimism regarding a united Europe. We must stand in stalwart defense of these fundamental convictions even in times of serious political or economic crises. We owe it to our country to actively contribute toward the advancement of a united Europe. Even for Europe, there is a great deal to be learned from Austria – in negative terms, but even more so in positive terms.” 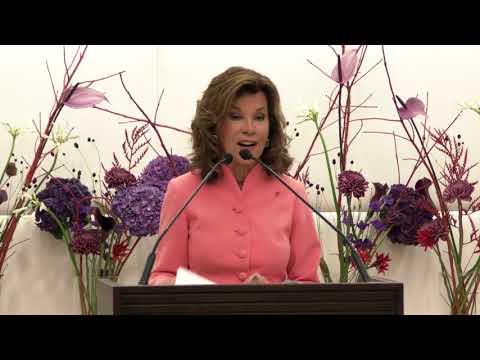 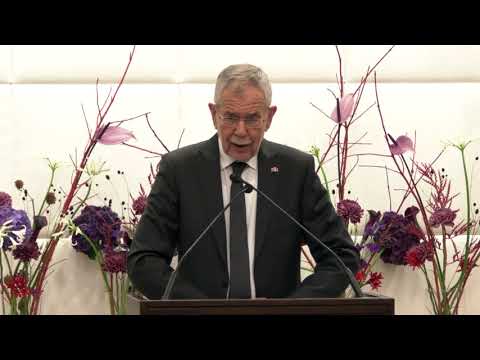 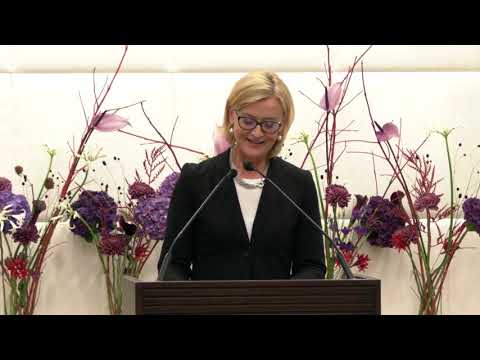